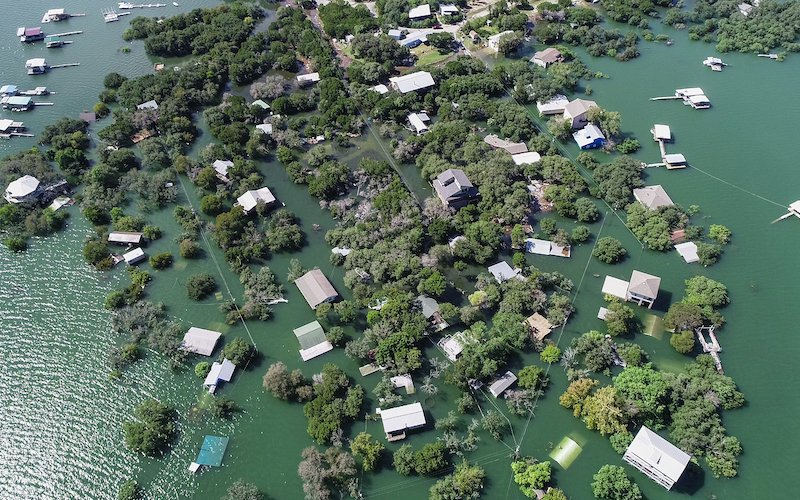 A dramatic shift in the National Flood Insurance Program (NFIP) will have far-reaching implications for both homeowners and the private insurance industry. For the first time, beginning in October 2020, the NFIP will calculate rates based on actual flood risk models.

The result could mean significantly higher rates for properties in areas with the highest risk of floods, as well as a much larger number of properties covered by flood insurance overall. Those outcomes should present a significant opportunity for private insurers to penetrate the flood insurance market.

The changes are the most consequential since the NFIP was created, even though the case for reform has long been clear. Premiums collected by the NFIP have been woefully insufficient to cover flood losses for years, creating a gusher of debt that topped $30 billion in 2017.

Much of that can be traced to the structure of the program. Without accurate flood risk models, the NFIP has used a simple approach: only properties located within a 100-year flood zone could purchase coverage, and the rates within a flood zone were uniform. So, for example, a property on stilts half a mile from the ocean is charged the same premium as an oceanfront property.

Building a book of flood insurance business has been incredibly difficult for the private market. The inability to accurately analyze risk and the federal program’s artificially low, taxpayer-supported premiums have been the primary obstacles.

The new risk maps move away from that one-price-for-all approach and designate several levels of risk, which will enable both the NFIP and private insurers to much more accurately calculate appropriate premiums. The expected increase in the national program’s rates will, for the first time, make private carriers competitive.

The new maps also, for the first time, make clear the flood risk for properties that sit outside a 100-year flood zone. Despite the fact the national program only covers those properties, only about 50 percent of all flood-related losses occur in 100-year zones. That represents a lot of opportunity for insurers nationwide, not just those in coastal regions.

At the same time, the changes also provide an opportunity for the private insurance market to finally bundle coverages to create a more comprehensive program for coastal property owners who face the highest risk of hurricanes. (Most hurricane policies today cover wind damage but not flood damage.)

Finally, there is concern that more accurate risk-based pricing could disincentivize new development and/or hurt property values in the highest risk areas. Correll Insurance Group will certainly pay close attention to this issue over the next year before the new rates take effect, but on the whole we are supportive of the changes. Reforming the NFIP with a goal of stopping the massive annual losses it has incurred while simultaneously providing the private market a legitimate opportunity to compete for this line of business is a win.

Why Choose an Independent Agency?

About Big "I" Hires

Correll Insurance Group offers the best of both worlds—you get to use a local, independent agent who lives in your town and knows you personally, but this agent is backed by a strong, national firm that has served the Carolinas for nearly 90 years. So you don’t have to choose between having a personal relationship with your agent and knowing they have access to world renowned markets. You’ll get both with Correll.

Cashiers Insurance Agency is a member of the Correll Insurance Group, working together to bring you the best in coverage.  Visit our corporate site to learn more.